The 2018/19 season for Third Level Football was launched at the FAI National Training Centre on Monday September 24 with sponsors RUSTLERS continuing their promotion of all competitions for the second year.

Over 110 teams are set to put down their books and lace up their boots in the upcoming season of the Colleges and Universities Football League. The first ball is set to be kicked on Tuesday 9th October. 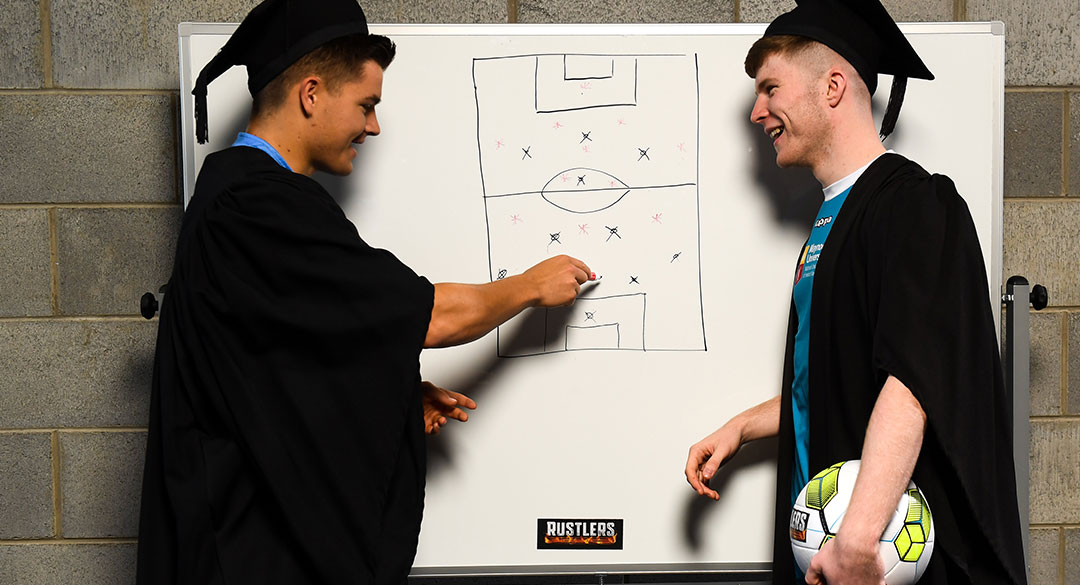 There is a large representation from the SSE Airtricity League and Continental Tyres Women’s National League across the many campuses nationwide both on the field and in the dugout with over 100 men’s players and 50 women’s players combining senior football whilst continuing their education.

FAI CEO, John Delaney, who was on hand to officially open the season, said: “Third Level Football continues to rise in prominence within the domestic game. With more players choosing to stay at home and play in the National Underage Leagues, it is logical for them to also pay due consideration to their education.

We are delighted to have RUSTLERS on board as our title sponsors for the second consecutive season and we hope that this partnership can help grow our Third Level Football competitions even further in the long-term.”

Commenting on the day, Adrian Lawlor, ‎Marketing and Business Development Director- Kepak, said: “We are very excited to mark the launch of the second year of the Rustlers partnership with this series. Last year was a real success and in conjunction with the FAI and the 3rd level governing bodies, we really raised the profile of and excitement around 3rd level football in Ireland. This can only serve to encourage the idea of young people combining sport and education, which was one of our major motivations in entering into this sponsorship agreement”.

This website uses cookies to improve your experience while you navigate through the website. Out of these, the cookies that are categorized as necessary are stored on your browser as they are essential for the working of basic functionalities of the website. We also use third-party cookies that help us analyze and understand how you use this website. These cookies will be stored in your browser only with your consent. You also have the option to opt-out of these cookies. But opting out of some of these cookies may affect your browsing experience.
Necessary Always Enabled
Necessary cookies are absolutely essential for the website to function properly. This category only includes cookies that ensures basic functionalities and security features of the website. These cookies do not store any personal information.
Non-necessary
Any cookies that may not be particularly necessary for the website to function and is used specifically to collect user personal data via analytics, ads, other embedded contents are termed as non-necessary cookies. It is mandatory to procure user consent prior to running these cookies on your website.
SAVE & ACCEPT