Kepak Group Serving up ‘Sunday Roast’ to Those Affected by Homelessness

We are pleased to announce it is to supply enough meat to table a ‘Sunday Roast’ to those affected by homelessness supported by the Simon Community at the charity’s primary city locations over the next year.

As part of its ‘Sunday Roast’ campaign, which was launched today by former ‘MasterChef’ judge Nick Munier, Kepak will be delivering a range of beef, lamb, pork and chicken products to Simon Community locations across Dublin, Cork and Limerick once a week for 12 months.

Commenting on the new partnership, Bláthnaid Ní Fhátharta, Corporate Communications Director for Kepak, said: “The Sunday Roast is something many people have nostalgic memories of and this campaign will provide a nutritious meal in a traditional social setting to those for whom it may otherwise not be possible. Studies have demonstrated the immensely positive psychological impact of coming together at meal times. Through this partnership with the Simon Community, Kepak is hoping to revive this tradition for individuals and families who may have fallen on hard times. With the ongoing housing and homelessness crisis, there has never been a more relevant time for Kepak to partner with a charity such as the Simon Community.” 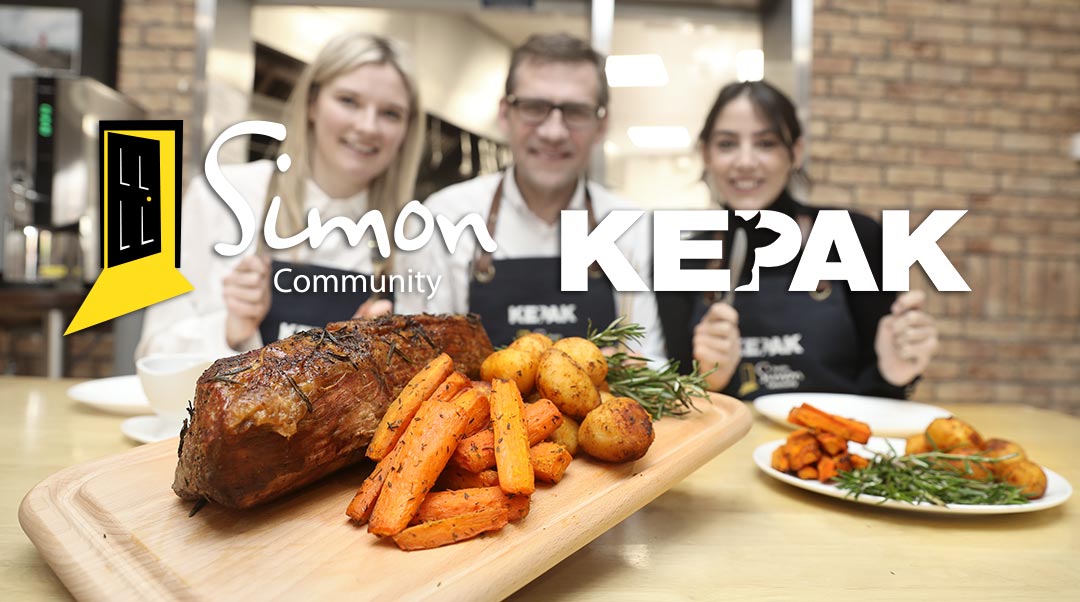 Speaking about the initiative, Nick Munier added: “I’m honoured to be able to join Kepak and Simon Community as an ambassador for their Sunday Roast Campaign. I have great childhood memories of roast dinners with family and by working with Kepak and Simon Community I hope to be able to share this tradition with those less fortunate than I was growing up. The Sunday Roast campaign will give people the chance to come together once a week to enjoy a hearty, nourishing meal in a warm and welcoming environment.”

Welcoming the partnership, Louisa MacKenzie, from the Simon Community, said: “We are truly delighted to have Kepak come on board to help us provide a nutritious roast dinner to the many families who simply cannot afford to. Partnerships such as this are what we envisaged when we launched Food For Simon in 2009. Our goal was to reduce the cost of food provision by collaborating with Irish businesses so we could re-direct cost savings into providing our vital services such as outreach, housing and health supports to people who are homeless or at risk and having Kepak on board will allow us to do just that.”

Working with the Simon Community underscores Kepak’s dedication to meeting targets set out under the United Nation’ National Sustainability Development Goals (UNSDG). The partnership matches several goals set out under UNSDG including the eradication of poverty and commitment to the ‘zero hunger’ initiative.